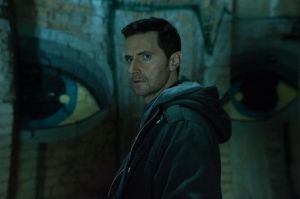 Who do you play in Berlin Station?

I play Daniel Miller. Daniel has quite a complicated backstory. When we start the story Daniel has been sent in as a mole hunter. There’s a whistleblower at large  called Thomas Shaw and Daniel has been brought out of administration – he’s  been a desk analyst for ten years. He’s brought out by Gemma Moore, the CIA  Chief of the moment, to come to Berlin Station to figure out what’s going on and who’s doing it.

What kind of person is Daniel?

Daniel was born in the US in Virginia. He moved to West Berlin with his military father when he was five.  His mother was killed due to a very complicated affair. Subsequently they moved back to the US when he was about twelve years old. He then joined the military so he was in the first Gulf War. He came out of the  military and went to university where he was recruited by Gemma Moore. He has an interesting mix of somebody who has a vested interest in their country, a   political mind. He’s seen military action. He’s seen his father in a military    position. But he’s also got a taste for a European sensibility. He’s got an eye on  European politics.  So it’s very interesting for me to take on as a British guy who lives in the US. It’s been quite useful to have my mind within that character.

What drew you to the role?

I had been hunting for a television show for a long time. When television is at its best it’s fantastic because it gives you the opportunity to play long character arcs which you can’t always do in two and a half hour movie. Unless it’s The Hobbit which is nine and a half hours! So I’d been looking for a television show. I didn’t want to play fantasy or fairy tale, but something relevant and political and    current. And the Berlin Station script fell into my lap. I looked at it and     thought it was kind of exactly what I was looking for. I got into a conversation with Olen Steinhauer who’s work I’d read. I was very very interested in his mind and his eye because I think it’s quite a unique eye in an over saturated genre. He doesn’t make these characters James Bond characters, they’re very ordinary. He doesn’t have proficiency fetish.

A lot of the characters in Berlin Station have a lot of complexity. You don’t  know who to trust. Is Daniel trustworthy? Does he have a secret, or a dark  side?

I still don’t know! I said all along Daniel needed to be somebody who was    essentially a patriot, but was having it tested in every encounter. He’s having his base morals fractured I suppose. He is a trustworthy person. I think he speaks   the truth when he sees the truth but a player who works on the chessboard of espionage ultimately has to wear many masks. There are occasions when you’ll  see Daniel operating an asset, interacting with a colleague whereby he can’t pass information to them. They have to be trustworthy and untrustworthy.      But essentially at his core he is a good person.

Tell us about Hector (Rhys Ifans) and Daniel’s relationship.

The history of Hector and Daniel is so interesting. They’re like two opposing   metals that were fused together in a furnace which was an event in Chechnya.  They were on an operation together that went terribly wrong. They’ve been kind of bound by this event. Their friendship is rooted in that but at the same time  Daniel can sense that there’s something amiss with Hector. It’s really complicated to play that – I wouldn’t say they necessarily liked each other but they find    themselves in one another’s company a lot. They collaborate and they work    together and it would seem on the surface they are very good friends. But   there’s something, like a metallic taste underneath, that neither of them can    identify.

Let’s talk about your relationship with Esther (Mina Tander). You start off   adversarial but you warm up a little bit…

It’s interesting. Esther was one of the very last characters of the first block and  one of the last actors I worked with. It was the last day of the shoot before we  were going to break before Christmas.  We’d all had a big quaff of Berlin Station so we thought we knew the kind of show we were doing. Then Mina Tander   walked in as Esther and kind of changed the game for Daniel and for me            actually. She is his counterpart really, his equivalent in the German BFE. She’s a smart lady, she’s fiercely patriot and she has the ability like a cat to                  metaphorically slip under a door. She can run people. She is working Daniel and he knows she’s working him and he lets her work him.    It’s a very complicated relationship of “I see you, I see you see me , I see you see me see you, let’s just   look at each other.” He’s desperate to look under the mask but he doesn’t want   to take it off.

I was involved in a really great spy genre for the BBC called Spooks. At the time one of the great tools the spy had was technology. At the time we laughed at iris scanner and fingerprint scanning and facial recognition on CCTV. Of course now it’s everywhere – we’ve got it on our phones. At this point in 2016, it’s suddenly  that the technology arena is no longer safe. Phones can be switched on and        listened to more than we could bear to realise. We have to move not back but     sideways into a new area of spy craft rooted in here and now. Berlin Station is    the sharp tip of American activity on the global stage which means it becomes    the focus on Shaw’s activities. There’s nothing retro about it.

It’s authentic too. I read as many novels as I could on the genre, on the CIA, on East Berlin, on West Berlin, on what life would be like growing up through that   route that Daniel took. I’ve been haunted by going onto my newsfeed every day  and seeing before my eyes storylines we are talking about in this.

Why do you think people enjoy espionage stories like Berlin Station?

One of the things I was going to say in reference to acting and spies – one of the things that attracts audiences to the spy genre is because I think they enjoy the  possibility of disappearing. If you asked anybody, what superpower would you    choose, many many people would say invisibility, the ability to disappear. That’s at the root of why we enjoy espionage so much. These people can somehow       disappear or step outside the parameters of society and operate on another level. It’s something we all fantasise about a little bit. 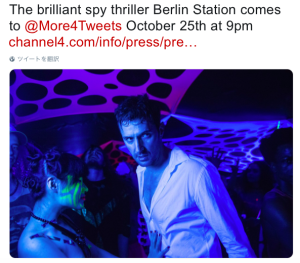 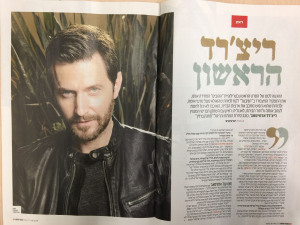 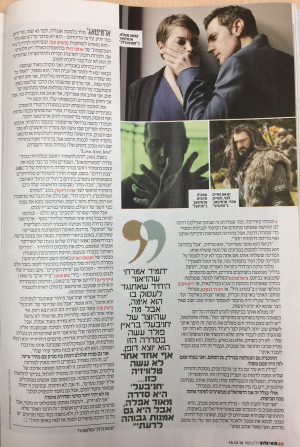 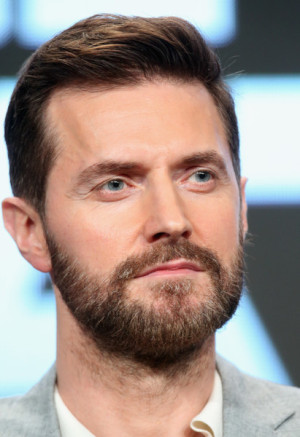 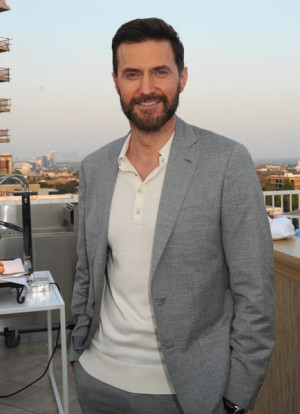 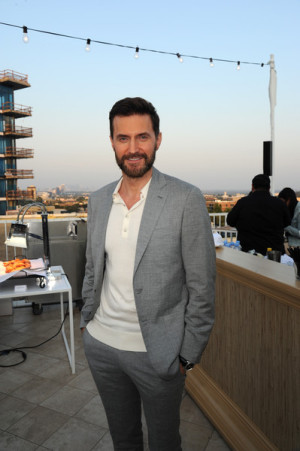 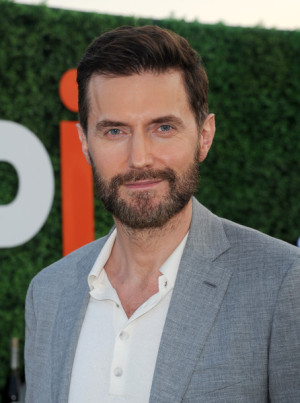